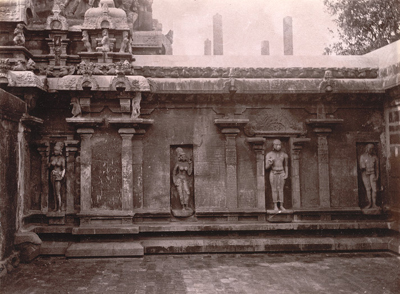 According to a narrative, the Balakhilyas, a group of dwarf sages worshipped Shiva in darukavana for long time. To test their devotion and patience, Shiva came to the Darukavana as an digambara (nude) ascetic, wearing only Nagas[serpants] in his body. Wives of sages were attracted and ran after the ascetic, leaving back their husbands. Sages got very disturbed and frustruated with this. They lost their patience and cursed ascetic to loose his linga. Shivalinga fell on the earth and whole world trembled. Brahma and Vishnu came to Shiva, requested him to save earth from destruction and take back his linga. Shiva consoled them and took back his linga.(Vamana Purana Ch.6 and 45) Shiva promised his divine presence in Darukavana as Jyotirlinga for ever. Later Darukavana became favourate place of Nagas and Vasuki worshipped Shiva here for long and there after the Jyotirlinga came to be known as Nagnath or Nageshvara. 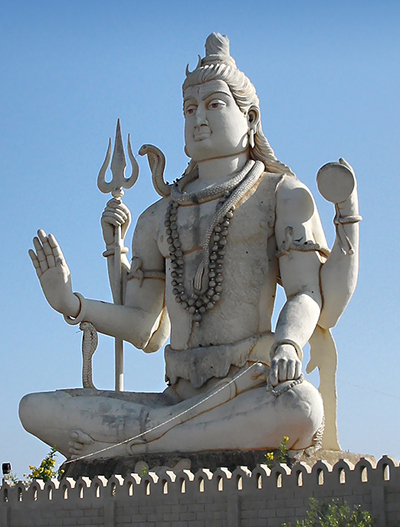 Also,according to the legends, a devotee called Supriya was attacked by a demon named Daaruka in a boat.The demon imprisoned the devotee and several others in his capital called Daarukaavana. It is believed that Lord Shiva appeared in the form of Jyotirlinga and rescued the imprisoned and vanquished the demon. The Shivalingam in the temple faces South with the Gomugam facing East. There is a legend regarding the position of the idol. It is believed that a devotee called Naamdev was singing bhajans in praise of Lord Shiva and was asked by other devotees to stand aside and not to hide the image of Lord. On being asked to do so Naamdev argued and asked for one such direction where Lord is not present, this angered the devotees and they picked him up and placed him on the south side. To everyones astonishment even the Linga was then facing South with the Gomugam facing east.