Shiva is lord of the lords and it is really not easy to write/explain everything about shiva.However many have tried to explain him and praised him as per their knowledge but the explanation is endless and it is un-imaginable from a human being even devas, asuras and other rishi munis have very little words to explain about the lord almighty.

Shiva means the supreme one, the auspicious one, the pure one and for me the beloved one. Shiva is named as Pashupati which means the Lord of all living beings either it is humans, devas, asuras or any creatures. Another name Mahadeva depicts the great God, supreme in all devas(Gods).

The God staying in a state blissful, enjoying in Its Own Self eternally, without any flaws is the Supreme Lord shiva. The Perfection is the completeness – there is nothing external that is required to make the Self blissful.

Lord shiva is absolute which does not have any parents  which never takes birth Which is all alone without association with any of the creatures or creations enjoying in the Self. God is the only one who is dependable for anybody / anything to surrender to as It is the only perennial Being.  Hence God is the Lord of all creatures (lives/souls). For this reason the Lord is hailed as pashupati (Lord of living beings). Whether it is devas or asuras or humans or other creatures all are pashus. That being the case how could the Lord be partial to one section of pashus and withdrawing the Grace for the other ? So anybody who worships the Lord sincerely could get blessed with Its Grace irrespective of the caste, creed, race, power, status and qualities.

It is in fact to be noted that Lord shiva is worshipped by the devas like viShNu, braHma, indra, by asuras like bANa, rAvaNa, tripura, sUrapadma, by humans like sha~Nkara bhagavatpAda, samban^dhar, appar, by other creatures like jaTAyu, sampAdi (eagles), vAli (monkey) and the list goes on and on. One finds in the purANas the variety of people of different backgrounds and qualities worship the Lord shiva. There are many histories of temples which talk of the cranes, bees, elephants, spiders, snakes worshipping the Lord and getting blessed. So the Lord as the Supreme blesses anyone who worships in sincere devotion. There is no discrimination on who the seeker is. The Lord is so merciful that He showers the boons one look for when there is a determination to seek Him. It is evident from the history of asura bANa who attained a great fame of his valor and got the place in the abode of Lord shiva all due to his determined worship of the Lord.

Lord shiva is the God of all. Like the mother He showers the grace for all the children, but the misusing children get punished. This Supreme Lord better than a mother does not withhold the grace, He is our beloved pashupati.

The God would not be biased. It would not differentiate between one group versus the other, whether it be divines or daemons or humans or plats or creatures or on sex or on race etc. All that matters is dharma and the pure devotion towards It. No doubt this lovely Lord shiva is worshipped alike by divines, daemons, scholars, not much learnt simple, and the other creatures.

Significance of the Shiv Lingam 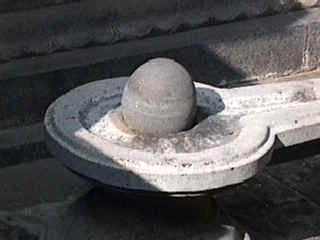