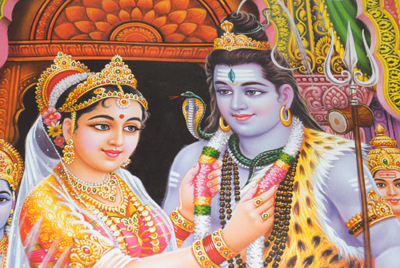 Maha Shivaratri – The Night of Shiva

Sri Maha Shivaratri or Shivaratri means “The Night of Shiva” celebrated every year on the 13th night/14th day in the Krishna Paksha (waning moon) of the month of Maagha (as per Shalivahana or Gujarati Vikrama) or Phalguna (as per Vikrama) in the Hindu Calendar (that is, the night before and day of the new moon).

This is a festival observed in honor of Lord Shiva. The ceremonies take place chiefly at night. People repeat the Panchakshara Mantra as it is said he who utters the Names of Shiva during Shivaratri, with perfect devotion and concentration, is freed from all sins. He reaches the abode of Shiva and lives there happily. The festival is principally celebrated by offerings of Bael (Bilva) leaves to the Lord Shiva, all day fasting and an all night long vigil. Per scriptural and discipleship traditions, the penances are performed in order to gain boons in the practice of Yoga and meditation, in order to reach life’s summum bonum steadily and swiftly. 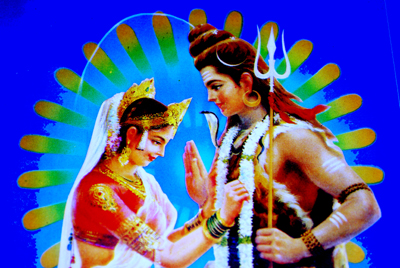 Once Lord Vishnu and Lord Bramha argued over each other’s prowess. However, Lord Shiva challenged both of them. He appeared as a flaming Linga and challenged the duo to measure the gigantic Linga (phallic symbol of Lord Shiva). Lord Bramha, who took the form of a swan, and Lord Vishnu who became a boar and went to Netherland, were both unable to measure the Shivlinga. Then Lord Shiva came out of the Linga and declared himself the most powerful. Maha Shivratri therefore means the grand night of Shiva. The devotees of Shiva fast during this day and pray to the lord throughout the night.

This legend goes to prove the supremacy of Mahadev over other Hindu Gods. King Daksha, opposed Sati’s marriage with Shiva. At a yagnya (holy sacrifice) the king ignored Shiva’s presence and thereby insulted the latter publicly. Sati was so angered by this that she jumped into the sacrificial fire and ended her life. Lord Shiva unleashed his fury at the death of his wife by performing the violent dance, Taandav. He wiped out Daksha’s kingdom, undertook rigorous penance and retired to the Himalayas. The Gods, who feared that the severity of Shiva’s penance might bring an end to the world, revived Sati in the new avatar of Parvati. Shiva-Parvati married and this reunion is celebrated on Maha Shivratri. 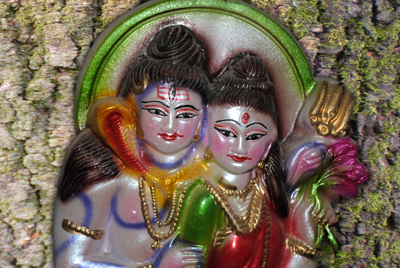