The Grishneshwar Jyotirlinga Temple is one of the ancient and holiest shrines of India and is the holy abode of one of the 12 jyotirlinga of Lord Shiva. The temple is located at a distance of 11km from Daulatabad (once known as Devagiri) near Aurangabad in Maharashtra. 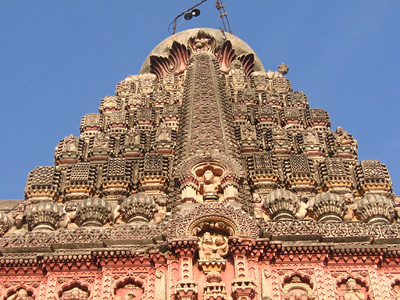 Grishneshwar Temple was contructed by Ahilyabhai Holkar, who also re-constructed the Kasi Viswanatha temple at Banaras and the Vishnu Paada temple at Gaya. Grishneshwar is also known as Ghushmeswara and Lord is also known by several names like Kusumeswarar, Ghushmeswara, etc. Legend has it that a devout woman Kusuma offered worship to Shiva regularly by immersing a Shivalingam in a tank, as a part of her daily ritual worship. 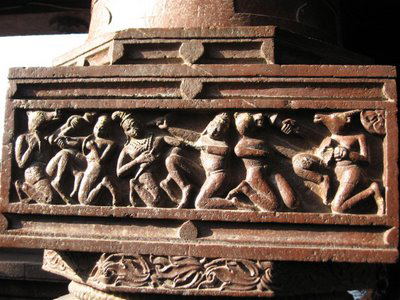 Her husband’s first wife, envious of her piety and standing in society murdered Kusuma’s son in cold blood. An aggrieved Kusuma continued her ritual worship, and when she immersed the Shivalingam again in the tank, her son was miraculously restored to life. Shiva is said to have appeared in front of her and the villagers, and then one is believed to have been worshipped in the form of a Jyotirlinga Ghusmeshwar.