Ramanathaswamy Temple is a famous Hindu temple dedicated to god Shiva located in the island of Rameswaram in the state of Tamil Nadu, India. It falls in the Gulf of Mannar and is a peninsula. It is a beautiful temple in southern India which was created for worshipping lord Rama as Hindu mythology has a great history for the place and it has been a great pilgrim place for the people who have the wish for achieving salvation in life.The Ramanathaswamy temple is one of the twelve Jyotirlingas, the holy abodes of Lord Shiva and one of the holiest Hindu Char Dham shrines that has to be visited in one’s lifetime. According to the Hindu mythology, this is the place where Lord Rama created a bridge across the sea to Sri Lanka . Lord Rama is believed to have prayed to Shiva here to absolve any sins that he might have committed during his war against the demon king Ravana. It is believed that Rama had fixed an auspicious time for conducting the Puja, and sent Anjaneya to get the lingam from Mount Kailash. However, Anjaneya could not return in time. Thus, Sita caricatured a lingam of sand and they performed the Puja on time. 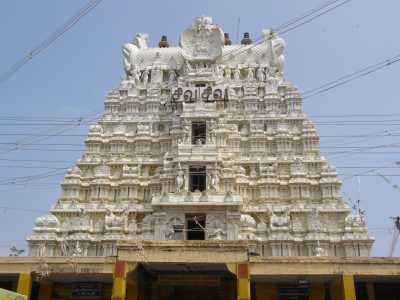 After successful completion of Brahmahata Dosham ceremony, Lord Rama along with Umadevi announced that anybody who takes bath in the Danudkodi and prays to the Shivalingam, will be known as Ramalingam. Hence, the place came to be known as Rameshwaram after the deity called Ramanathswamy. 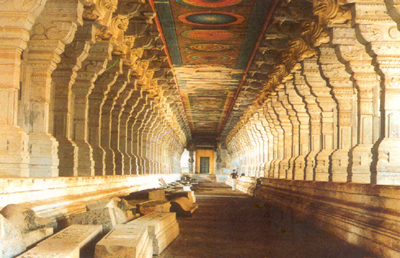 When Anjaneya returned with lingam, he found that the Puja was nearly over and in anguish tried to remove the sand lingam from his tail. In spite of many attempts, he was not able to do so and realized the divinity of Sita. Then Ram ordered him to place the lingam that he brought on the northern side of Ramalingam. After it Rama also ordered that people should worship the Ramalingram, only after worshipping the lingam that was brought and installed by Sri Anjaneya. Shrines in the temple complex and around Rameshwaran