Kashi Vishwanath Temple is one of the most famous Hindu temples dedicated to Lord Shiva. This holy temple is located in Benaras, the Holiest existing Place of Hindus, where at least once in life a Hindu is expected to do pilgrimage, and if possible, also pour the remains (ashes) of cremated ancestors here on the River Ganges. 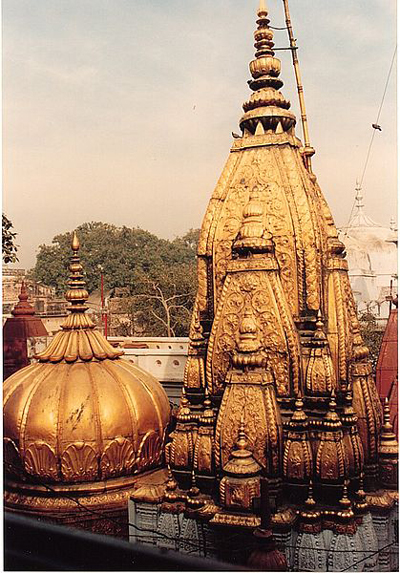 The Kashi Vishwanath temple is located in the heart of the cultural capital of India, Varanasi, on the western bank of the holy river Ganges, in the state of Uttar Pradesh. The Jyotirlinga of Shiva, Vishweshwara or Vishwanatha, is enshrined in the Kashi Vishwanath temple, considered as one of the holiest temples of India and is among the twelve Jyotirlingas. Two domes of the Temple were covered by gold and are 15.5m high. The original temple was destroyed by aurangzeb who built a mosque in its place, but the traces of the old temple can be seen behind the mosque. The present temple was built by Maharani Ahilya Bai of Indore in the year 1776 and the gold plating on the towers of the temple was provided by Maharaja Ranjit Singh of Indore. A Shiva temple has been mentioned in Puranas including Kashi Khanda (section) of Skanda Purana. In 490 AD , the Kashi Vishwanath Temple was built. In 11th Century AD, Hari Chandra constructed a temple. Muhammad Ghori destroyed it along with other temples of Varanasi during his raid in 1194. 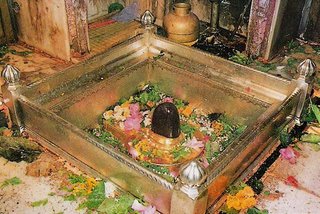 Reconstruction of the temple started soon after. This was demolished by Qutb-ud-din Aibak. After Aibak’s death the temple was again rebuilt with the permission of his successor Iltutmish. In 1351 it was destroyed again by Firuz Shah Tughlaq, who also had Hindu holy works translated in Persian. The temple was rebuilt in 1585 by Todar Mal, the Revenue Minister of Akbar’s Court. Aurangzeb ordered its demolition in 1669 and constructed Gyanvapi Mosque, which still exists alongside the temple.[8] Traces of the old temple can be seen behind the mosque. The current temple was built by Ahilya Bai Holkar, the Hindu Maratha queen of Malwa kingdom, in 1776. The temple spire and the dome are plated with 1000 kg of gold donated by the Sikh Maharaja Ranjit Singh of Punjab, in 1835.