Omkareshwar is a Hindu temple dedicated to God Shiva and is one of the 12 revered Jyotirlinga shrines of Shiva. It is on an island called Mandhata or Shivapuri in the Narmada river; the shape of the island is said to be like the Hindu ? symbol. There are two temples here, one to Omkareshwar (means “Lord of Omkaara or the Lord of the Om Sound”) and one to Amareshwar (means “Immortal lord” or “lord of the Immortals or Devas”). But as per the sloka on dwadash jyotirligam, Mamleshwar is the jyotirling, which is on other side of Narmada river. It is situated in the Khandwa district about 12 miles (20 km) from Mortakka in Madhya Pradesh in India. Omkareshwar is formed by the sacred river Narmada. This is one of the most sacred of rivers in India and is now home to one of the world’s biggest dam projects. 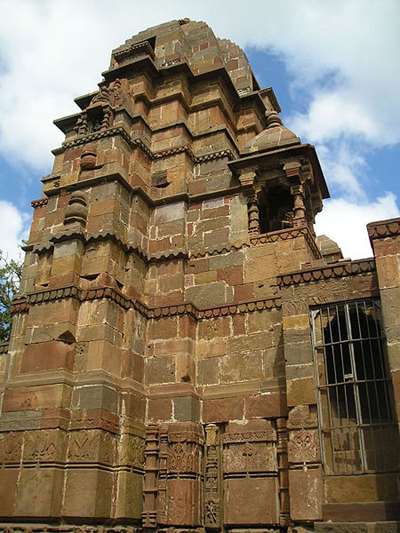 Omkareshwar Jyotirlinga also has its own history and stories.Three are them are prominent. The first story is about Vindhya Parvat (Mount). Once upon a time Narada (son of Lord Brahma), known for his non-stop cosmic travel, visited Vindhya parvat. In his spicy way Narad told Vindhya Parvat about the greatness of Mount Meru. This made Vindhya jealous of Meru and he decided to be bigger than Meru. Vindhya started worship of Lord Shiva to become greater than Meru. Vindhya Parvat practiced severe penance and worshipped parthivlinga (A linga made from physical material) along with Lord Omkareshwar for nearly six months. As a result Lord Shiva was pleased and blessed him with his desired boon. On a request of all the gods and the sages Lord Shiva made two parts of the lingas. One half is called Omkareshwara and the other Mamaleshwar or Amareshwar. Lord Shiva gave the boon of growing, but took a promise that Vindhya will never be a problem to Shiva’s devotees. 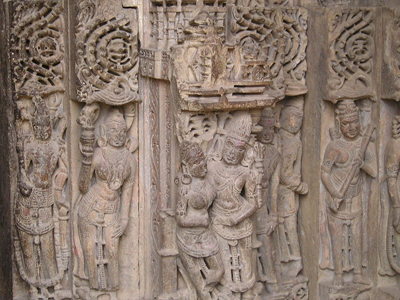 Vindhya began to grow, but did not keep his promise. It even obstructed the sun and the moon. All deities approached sage Agastya for help. Agastya along with his wife came to Vindhya, and convinced him that he would not grow until the sage and his wife returned. They never returned and Vindhya is there as it was when they left. The sage and his wife stayed in Srisailam which is regarded as Dakshina Kashi and one of the Dwadash Jyotirlinga. The second story relates to Mandhata and his son’s penance. King Mandhata of Ishvaku clan (an ancestor of Lord Ram) worshipped Lord Shiva here till the Lord manifested himself as a Jyotirlinga. Some scholars also narrate the story about Mandhata’s sons-Ambarish and Mucchkund, who had practiced severe penance and austerities here and pleased Lord Shiva. Because of this the mountain is named Mandhata. The third story from Hindu scriptures says that once upon a time there was a great war between Devas and Danavas(demon), in which Danavas won. This was a major setback for Devas and hence Devas prayed to Lord Shiva. Pleased with their prayer, Lord Shiva emerged in the form of Omkareshwar Jyotirlinga and defeated Danavas.